The Life and Times of Jane Austen by Whitecroft Traditional Tours

We have all had a magical day under the guidance of Helen Bertram and Jane Tapley!

We set off for Hampshire and first visited Chawton House Library, the former home of one of Jane Austen's brothers, Edward.  This quintessential English manor house is now the repository of early women's writing from 1600 to 1830. 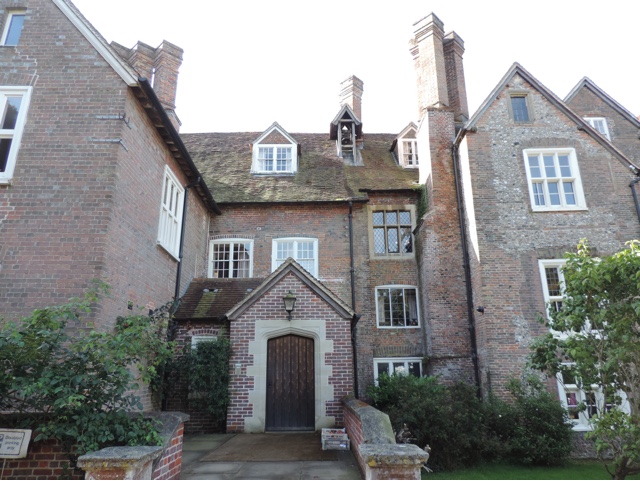 We had a wonderful private tour of the house. 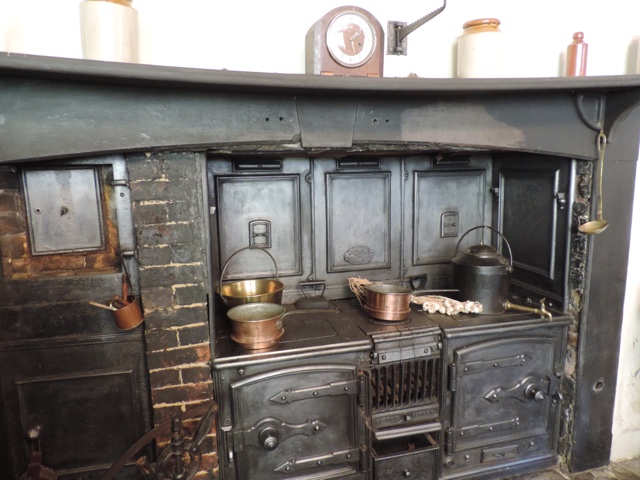 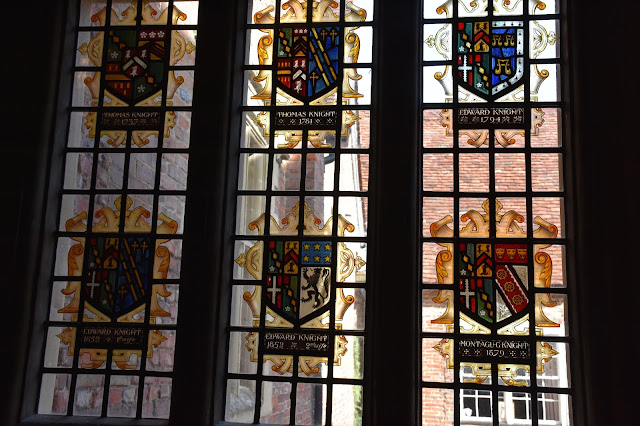 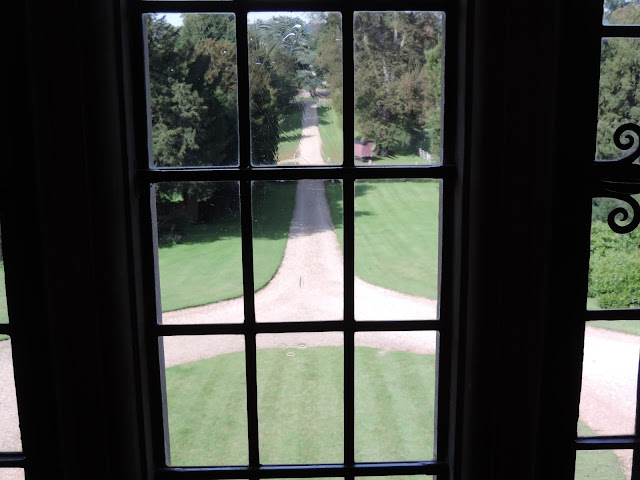 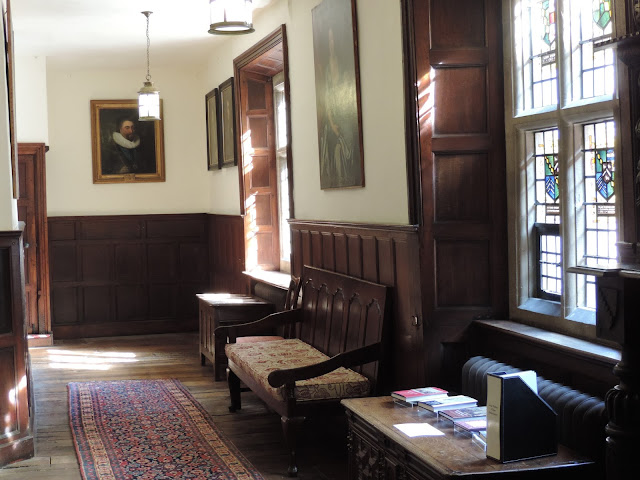 I am actually sitting at the original dining room table which Jane Austen would have sat to have dinner with her extended family.  How fabulous!  I could not contain my excitement. 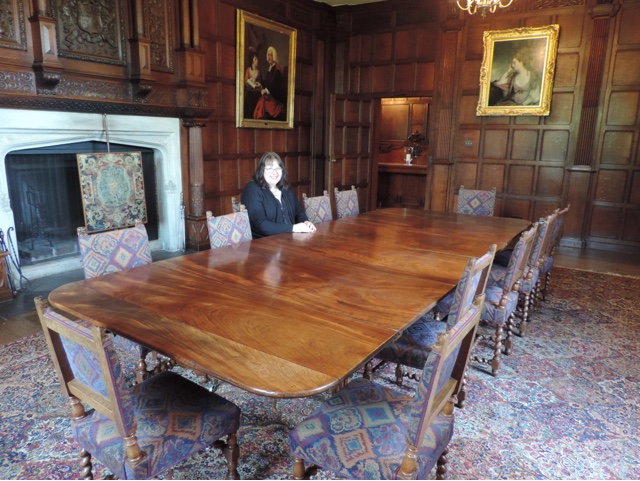 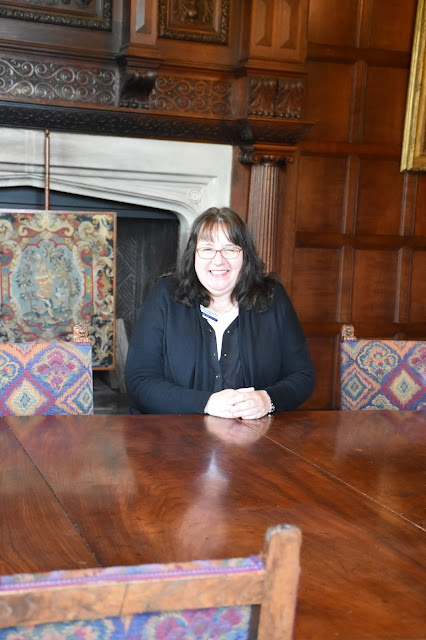 This is the nook where Jane reportedly sat reading, waiting for dinner. 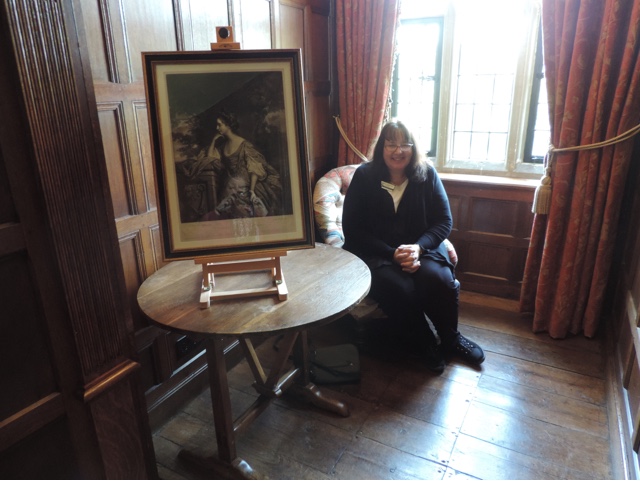 This is me in a replica Georgian era bonnet, having been "volunteered" to try it on.  It actually felt like I had "blinkers" on, I had to turn my head to see to the left or right. 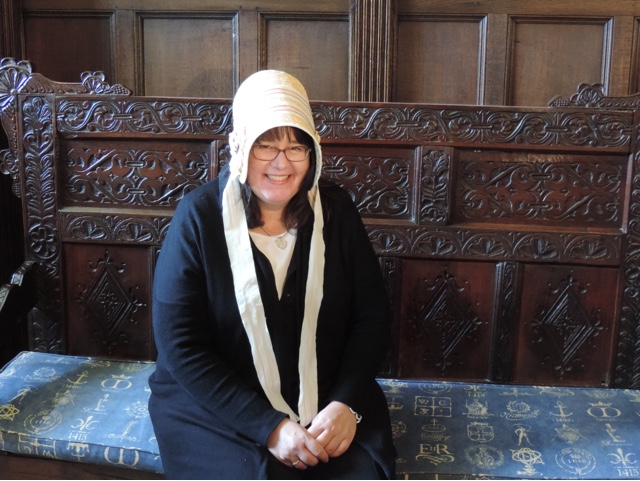 The gardens here were just beautiful and we were blessed again with the weather, a fine sunny day with a light cool breeze. 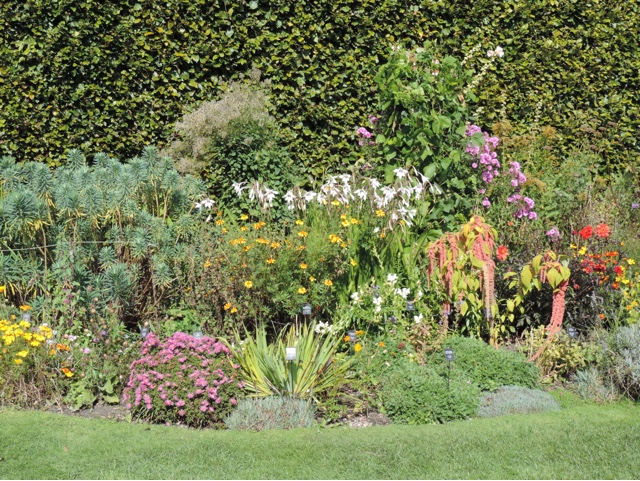 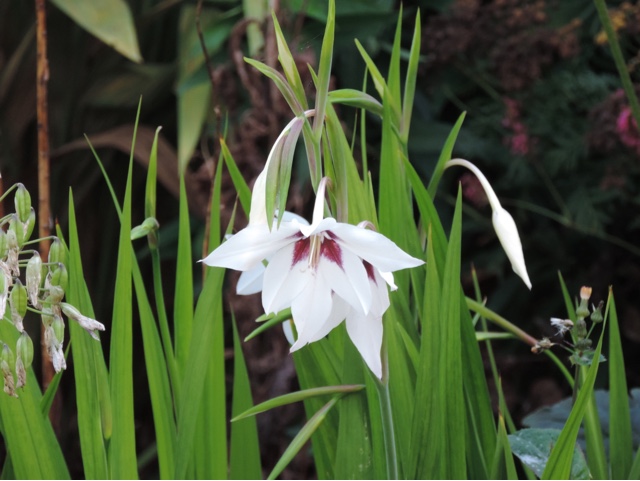 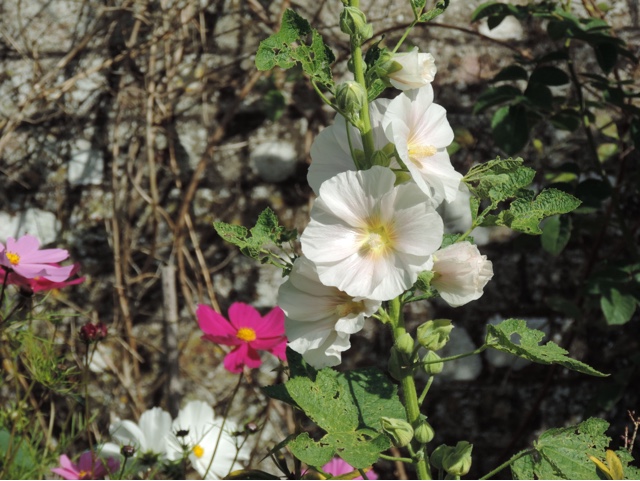 This is the idyllic scene walking down to the small church where Jane's mother and sister are buried. 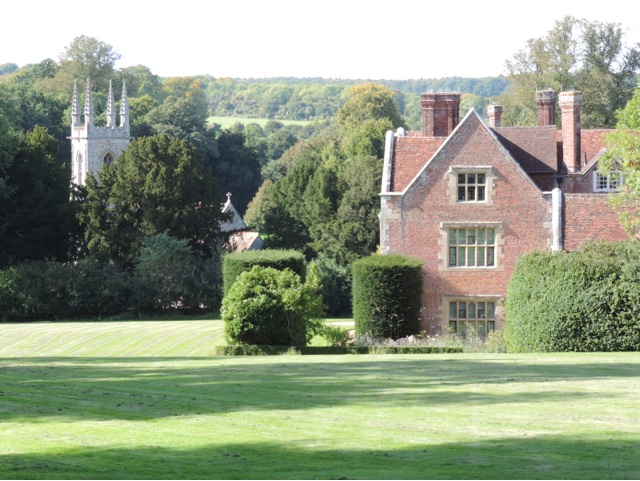 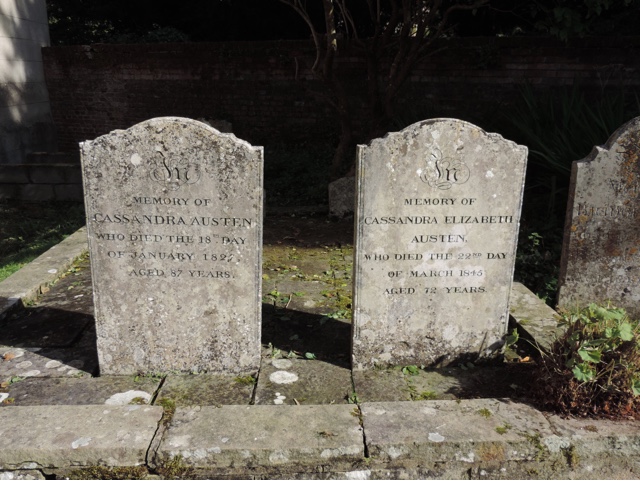 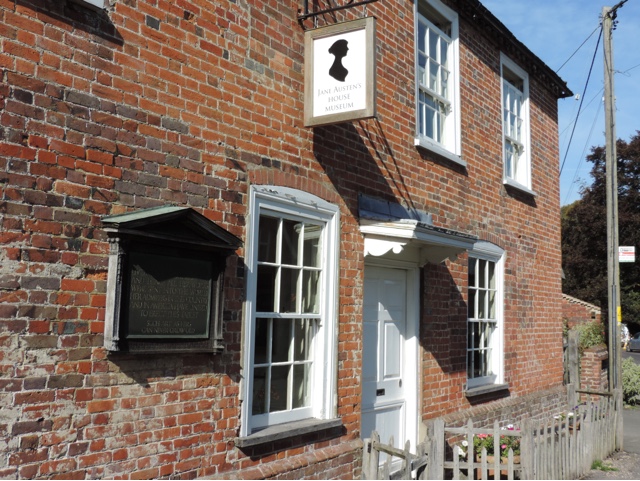 We were given a very detailed talk on the quilt by Sue Dell, who has undertaken a huge amount of research on the methods of construction, fabric choice and conservation of this precious quilt. 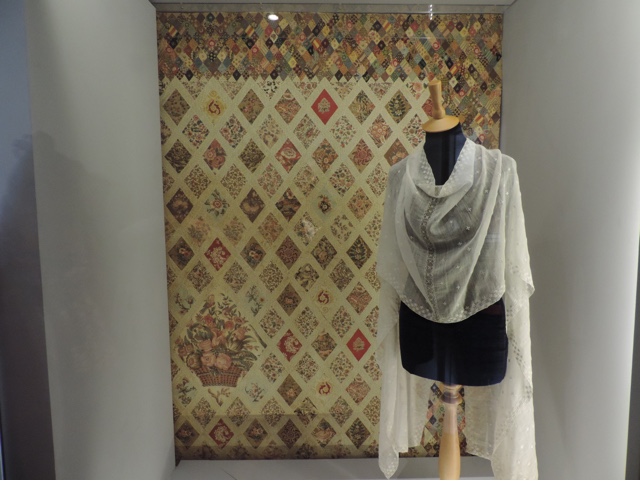 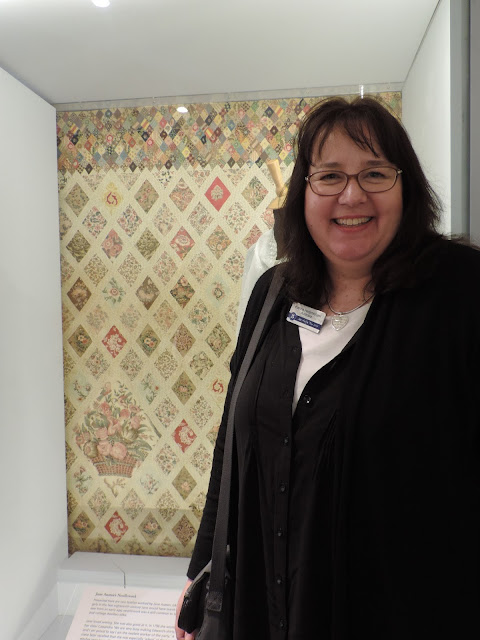 This was Jane's writing desk, upon which she revised her first three novels and wrote three more during the eight years she lived at Chawton. 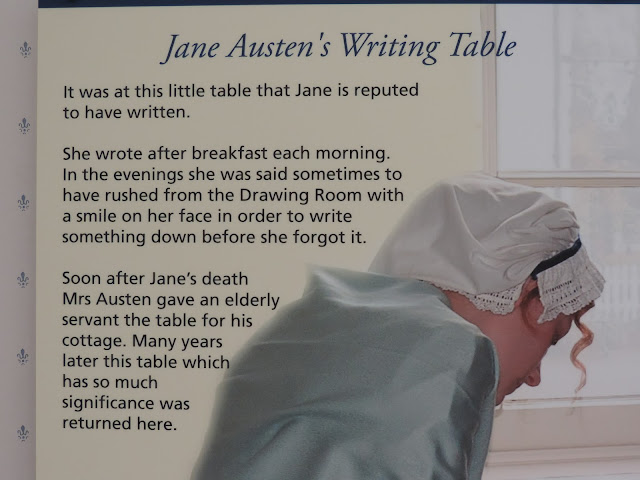 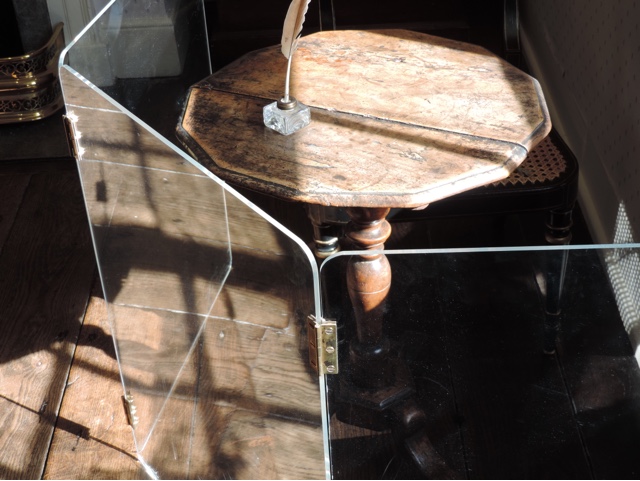 Next we visited Winchester in Hampshire where Jane Austen was buried in 1817 in the north side aisle of the magnificent Cathedral.  This was a sad experience, realising that Jane passed away at the young age of 41 years.  At least she was surrounded by her loving family and is honoured today as one of the greatest British novelists. 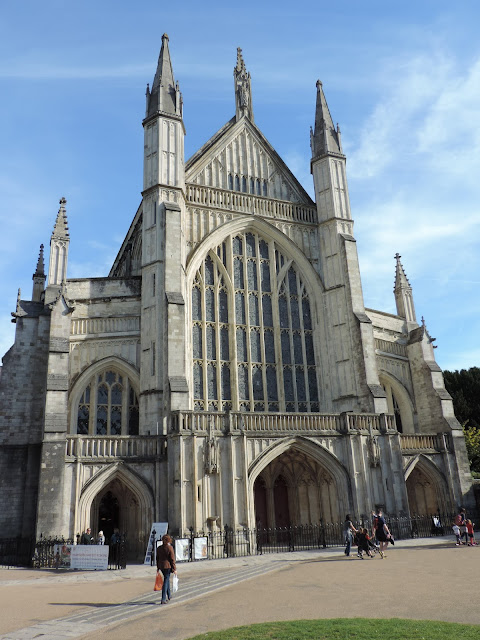 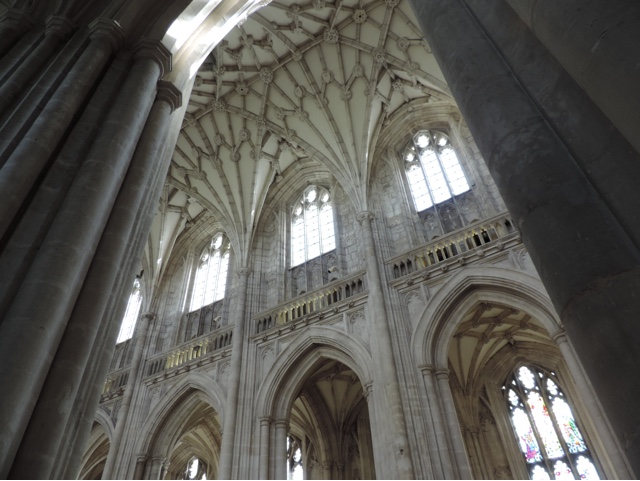 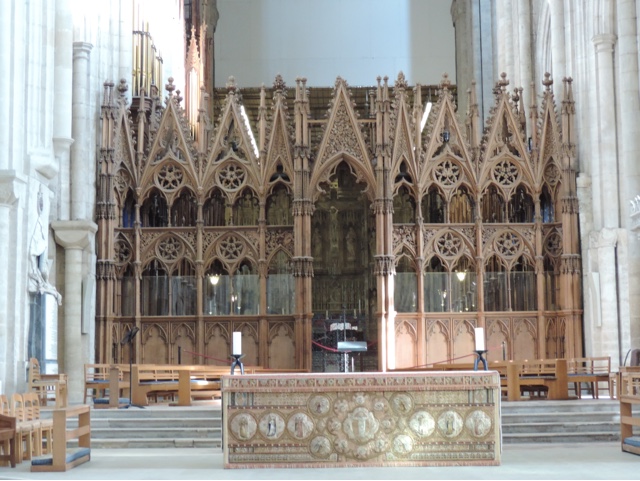 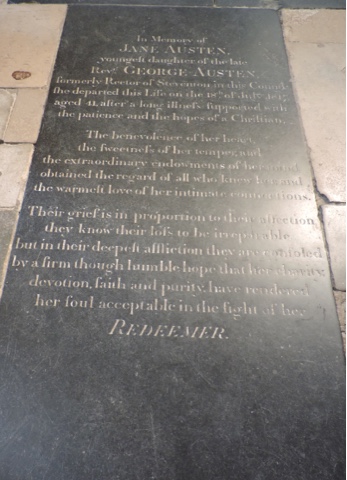 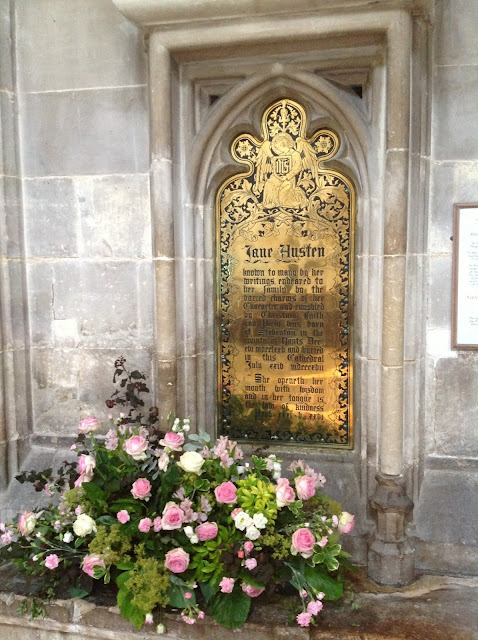 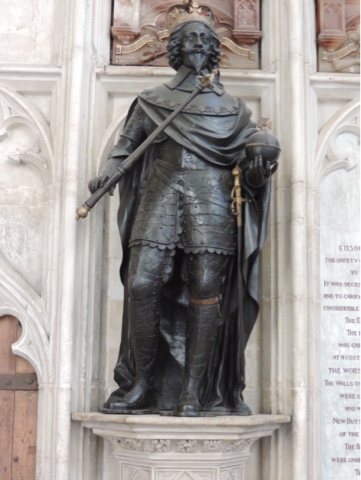 We had plenty of time to look around the Cathedral and had a fabulous dinner in The Chapter House of the Cathedral. 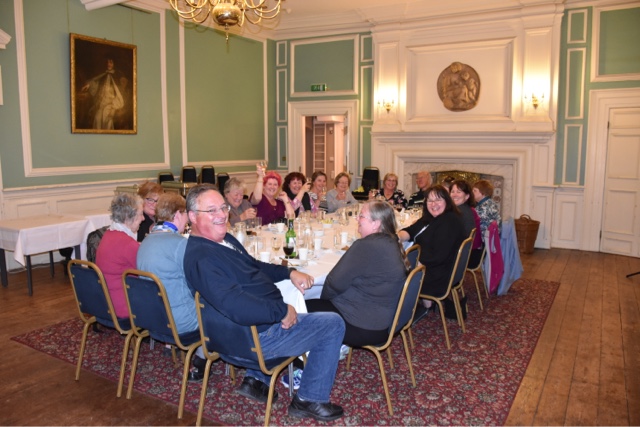 Posted by Katrina Hadjimichael at 15:53 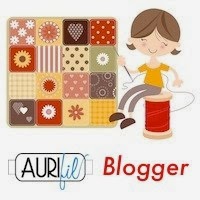